The Importance of Page Speed & Why You Should Care 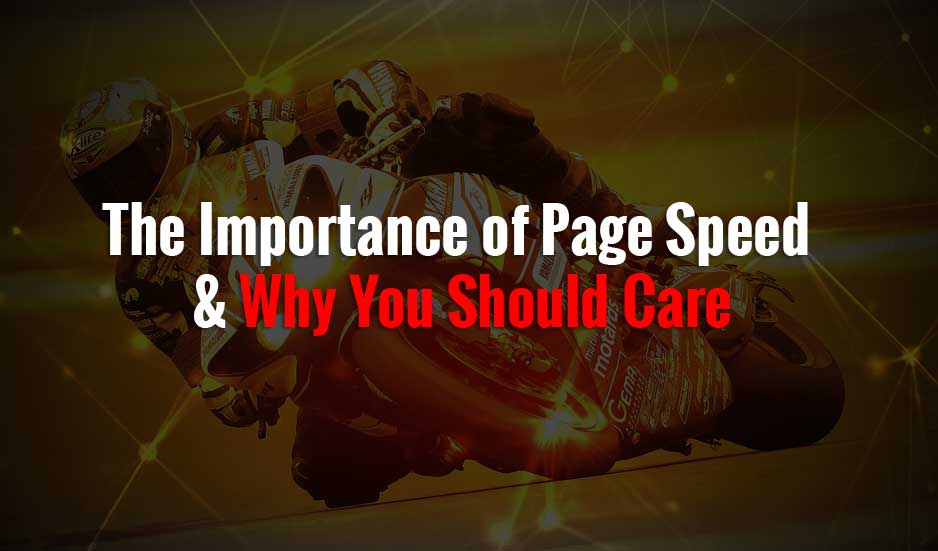 One of most important factors that is often ignored by many web developers and web design companies is user page speed. In this article we will cover its importance and why it should be taken seriously.

What is Page Speed

Page speed refers to the amount of time it takes for content on a page to fully load.

If you’ve ever visited a website that took way too long to load then you probably did what most people do.

You left and went to went to another website to get whatever information you were looking for.

For businesses this could mean lost customers.

There are several reasons site owners should be concerned about page speed due to its affects on user experience, page ranking and conversions.

Google has been quite vocal about the importance of page speed and in 2010 announced that it would considered a ranking factor. This was largely due to the grow in mobile search which has surpassed desktop search and the need for faster loading times.

Accelerated Mobile Pages (AMP) was released to improve web page loading times on mobile devices by stripping away JavaScript and other elements.

From experience I’ve found that images and web hosting are typically the biggest culprits.

It’s understandable that site owners want their website to pop with high quality graphics that stand out when visitors land on their page. What most site owners don’t know is that those images are having a negative impact on their online presence.

By reducing the size of images on a page will also reduce the overall size of a page and therefore improve loading times.

Web hosting is a common culprit to poor site performance. Choosing cheap web hosting can have a negative impact on your website. Having a website that is hosted on a server with a lot of RAM to process data is clearly going to impact how a website loads. We usually recommend SiteGround Web Hosting or WP Engine who are well known for exceptional support and server technology.

Websites which have large scripts or stylesheets are also likely to be affected with slower loading times. If you’re running a WordPress website then it’s a good idea to run plugins such as WP Super Cache or WP Rocket which have the ability to compress these files as a result increase loading time.

There are several page speed tools available online. Three of the most prominent are for analyzing page speed are:

Each of these page speed tools provides a total loading time, a performance grade based on your result and valuable feedback on what may be causing loading issues.

Chasing grades is a waste of time and the only metric you should be considered with is page speed. In many cases these tools report false negatives for issues that don’t exist. For example, CloudFlare is a popular Content Delivery Network (CDN) and GT Metrix will report that no CDN is detected and lower your grade as a result.

The Effects of Page Speed on Ecommerce Websites

If you’re running an online shop then you should really care about how fast your website loads.

In the mindset of a shopper, a 1 second difference can mean abandoning their shopping cart.

Walmart.com learned that every second increase in page speed resulted in a 2 percent increase in conversions.

Not convinced page speed matters? Here are additional stats that might make you consider improving your site performance.

One thing is for sure, you’re page speed should not be ignored as it can have a drastic impact on your overall online presence.

We’ve helped several businesses improve their site performance by up to 80% with our page speed optimization service which consists of a combination of image optimization, caching, script minification and concatenation, CDN Setup and more.

The images below illustrate before and after optimizing our own sites page speed. It originally loaded in 6.52 seconds and now loads in an average of 2 seconds. As a result we’ve almost tripled our page speed. 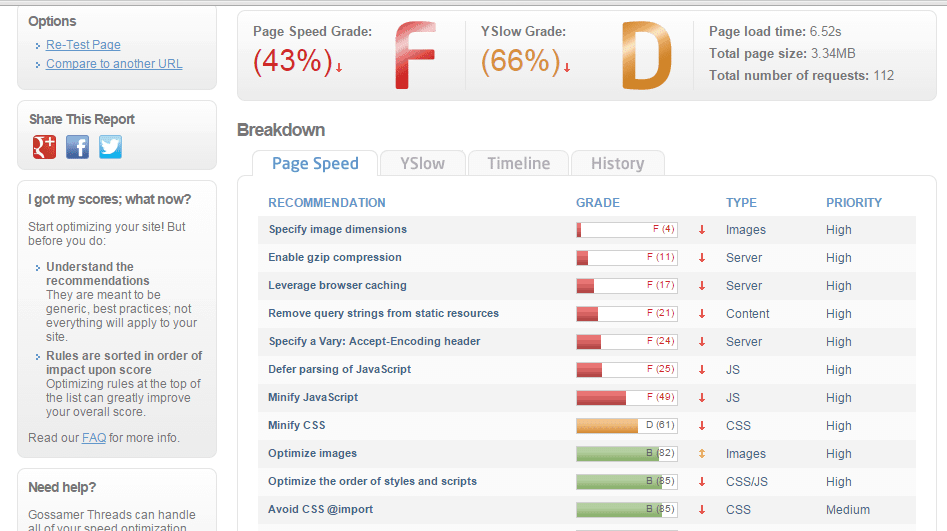 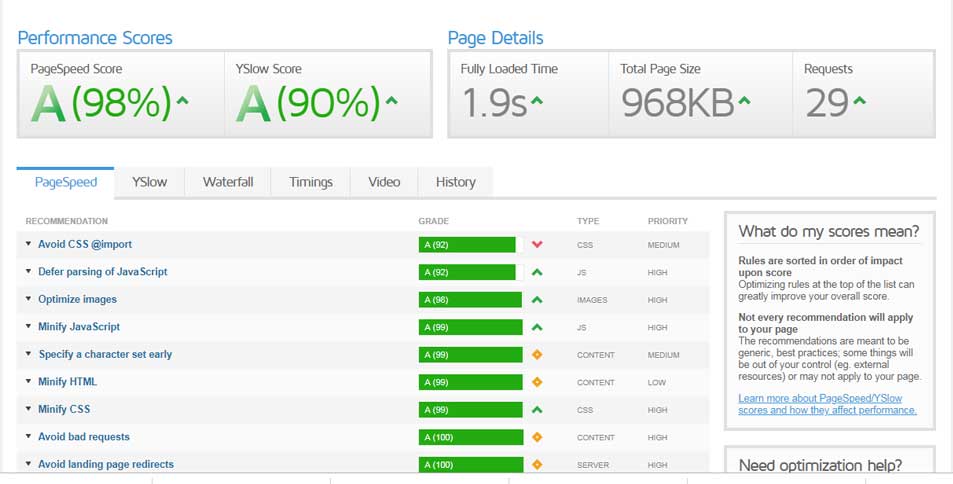