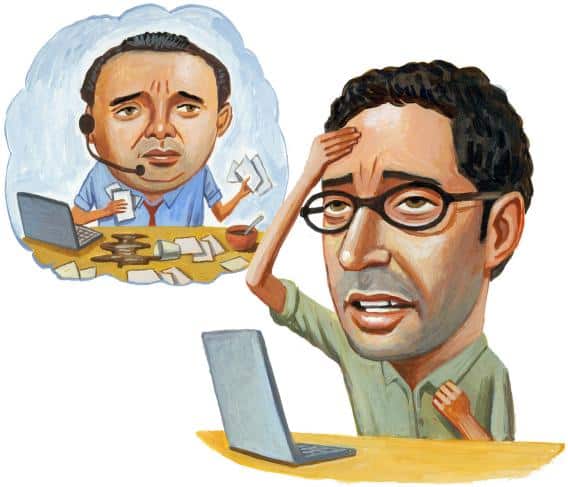 Great websites aren’t cheap. They require time,  effort and of course this means money too. Paying a local web designer or web developer in Canada to build a website can be quite costly therefore I understand why startups or businesses without capital find outsourcing such an enticing option. However these businesses don’t understand the implications that the initial amount they saved on web development is only a tiny fraction of what they potentially could have made if they hired a local web developer. Bottom line – outsourcing will have little to any affect on your businesses ROI.

As an experienced web developer and someone who has outsourced for years I can provide perspective on what you can expect from outsourcing to countries like India. I’m not trying to single out India but unfortunately it makes up most of the applicants on outsourcing websites I have used and can honestly say that almost all experiences were negative. I’ve tried outsourcing different tasks from data entry, graphic design, web development, SEO, site audits and more. I was convinced I would eventually figure out a system that would help me achieve Tim Ferris’s 4 hour work week but really ended up with missed deadlines, poor  quality work and headaches. For each point below I can go on to list multiple examples.

So what can you expect from outsourcing to India ? 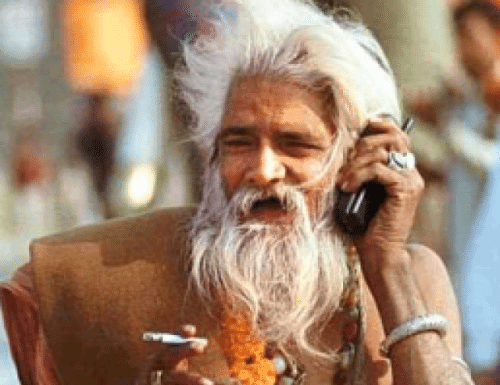 In my opinion a strong grasp of the English language is beneficial in order to be successful at internet marketing and search engine optimization. Quite simply, how can you write creative ad copy, keyword research and write on-page copy in a language you aren’t fluent in ? In some situations I’ve spent just as much time explaining the task then it may have taken me to complete the task which also doesn’t include the time to post the job and interview applicants.

I posted a job online asking graphic designers to submit a sample banner for a particular product. The small task would give me insight on who to hire. What I received from applicants were banners that looked like they were made in Microsoft Paint and had poor English. I didn’t expect them to come up with the banner copy but they didn’t have the foresight to just grab the copy from the product pages. This is just a small example of how a seemingly simple task was done poorly. The previous point combined with this point is why you wouldn’t want to outsource any SEO or SEM.

The time zone difference between Canada and India is not convenient and complete opposite. The only way you’ll be in sync is if you want to work the midnight shift. Finding that window to speak that is beneficial for both parties is very slim.

In WordPress it’s important to know where you are applying code changes. Put them in the wrong places and you can kiss your functionality good-bye when you decided to update your WordPress version. I had a brief stint with a Internet Marketing company in Toronto who had a team in India. This Toronto-based company urged their clients not to update their site’s WordPress version. When I had a chance to peek into the backend of some of their sites I realized why. The offshore developers had hacked the WordPress core files making the entire backend updates impossible. 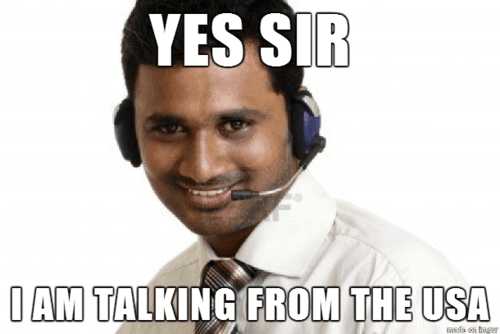 Unfortunately I’ve been scammed myself however learned overtime how to safeguard from it ever happening again. On one occasion I hired someone who claimed to be from the US and eventually I found out he used someone else’s identity and was actually in India and cancelled the project and notified the real person.

SEO services being offered by companies in India is one of the biggest scams. I get emails almost daily from companies claiming to help my business “Rank #1 in Google”. If you understand SEO you’ll know that the statement itself has no bearing. Rank #1 for what exactly ? In fact much of the work you can expect from these companies can actually harm your business over time.

I’ve had few positive experiences with outsourcing. In the off chance I’m in a time crunch I may outsource very small tasks however I take precautions so that it doesn’t backfire. I setup a development environment specifically for the developer I hire so they can’t compromise the live site. I always ask for a document that includes code & implementation instructions to be published on the live site. If everything works after testing and implementation that is when I will pay the full amount.

If you’re a startup business and thinking of hiring that business overseas then think again. Sure you might save yourself a few bucks for a little headache but more importantly your competitors will be glad you did.